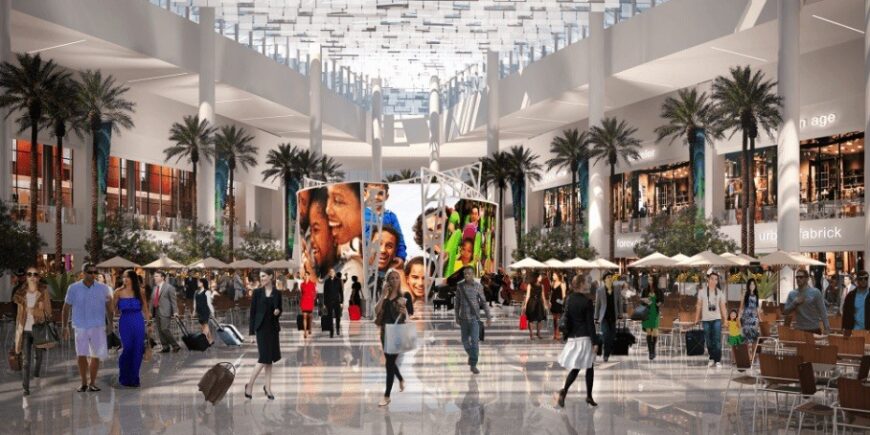 Travelers will find Orlando continues not to disappoint as the $2.75 billion Terminal C project completes and opens on Labor Day Weekend.

The new Orlando Terminal C will boast 28 gates, a food court, and many other features to make the experience more enjoyable for travelers, in addition to the two other terminals that Orlando International Airport has.

The new terminal provides an expanded concessions area and more parking spaces. This will take some pressure off the current infrastructure, which weathered record-breaking numbers of passengers in recent years. If one of the fortunate travelers flying into Orlando this Labor Day Weekend, make sure you stop to check out the new Terminal C.

Important to remember, that Orlando serves as home to many different attractions that make it a unique destination.

Whether looking for a place to take your family on vacation or a place to enjoy the nightlife, Orlando has something for everyone.

Of course, you’ll want to have the best transportation while in town.

At Orlando Executive Car Service, we aim to make getting from point A to point B, and back to point A as convenient as possible, while not sacrificing luxury and value.

Having a luxury car service at your disposal provides a lot of benefits.

Make sure if you fly into the updated Orlando airport, or if you provide event planning or travel agent service, you continue your journey or help your clients travel in comfort and style befitting a trip to where dreams come true.

Contact us or book now. We look forward to assisting. 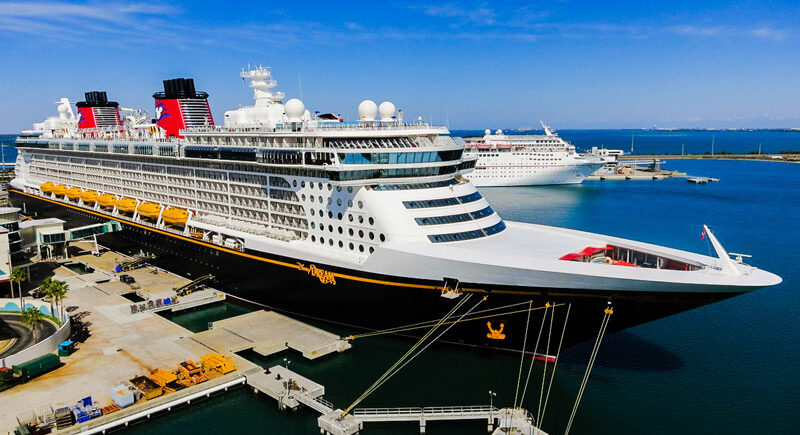 If you’ve never been to Port Canaveral, you’re in for a treat. This bustling port is home to some of the most popular cruise ships in the world, and it’s also a great place to enjoy the Florida sun. Whether you’re taking a cruise or just spending a day at the beach or learning about the history of space travel, Port Canaveral is a great destination.

If you’re flying into Orlando International Airport and have plans to head to Port Canaveral you’ll want to do so with as little hassle as possible to help make the trip memorable.

The best way to get from Orlando Airport to Port Canaveral is by hiring a private luxury car service, a.k.a, “Black Car Service”.

The Benefits of Black Car Service

Whether you’re traveling solo, with friends or family – our Orlando car service offers many benefits and will take care of all your ground transportation needs.

If you are planning your cruise vacation, we have some advice before you book.

Book your cruise and your flights at the same time so you can schedule your arrival and return with Orlando Executive Car Service.

We value that information to know your scheduled pick-up and drop-off times to make certain you get to your destinations on time and without complications.

If your plans do change, don’t worry.

Orlando Executive Car Service has a 24-hour cancellation policy that is free of charge.

You’ve planned this trip for yourself and/or others to enjoy with visions of entertainment, fun, and relaxation.

Public transportation can get stressful and not knowing the area and traffic patterns can make you feel like you are back home commuting.

With Orlando Executive Car Service, you’ll protect your vacation goals by taking the guesswork out of how and when you will get there. Let us take care of your transportation needs and you handle the fun part.

Coming into town this spring or summer? Reserve Your black car service today! 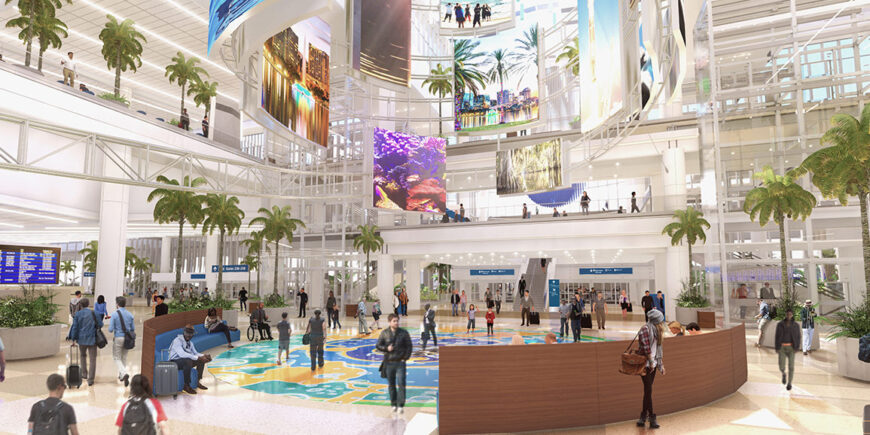 For those not in the know, the Orlando International Airport is undergoing a major renovation!

The new Terminal C Phase 1 will add 15 gates and increase the airport’s capacity by 10-12 million passengers each year.

This is great news for Orlando travelers, as the airport is quickly becoming one of the busiest in the country.

Work on the new terminal is well underway. Recently, the Greater Orlando Airport Authority projected the following timetable for the terminal’s start-up:

If you’re flying to Orlando, Florida to visit Walt Disney World or Universal Orlando Resort, this new airport terminal will be your next stop. It’s something to look forward to, especially if it’s your first time flying into the region.

Of course, with this update to one of the busiest airports in the world, you can expect new state of the art features and technology, including:

The terminal’s lobby, which is anchored by a four-story atrium with a skylight and circular glass floor, offers a first-class customer arrival experience that instantly connects passengers to the region’s culture. It includes:

• Digital media on a large scale, as part of an engaging visual experience

• A variety of shops, restaurants, and club/lounge facilities on the premises

If you’re flying into Orlando this summer, make it a point to check out the renovations at the airport.

The new terminals are certain to look beautiful and spacious.

If you’re planning your summer visit, don’t forget to book your Orlando luxury car service in advance – we promise you won’t be disappointed with the benefits of our service to help make your visit even more special. 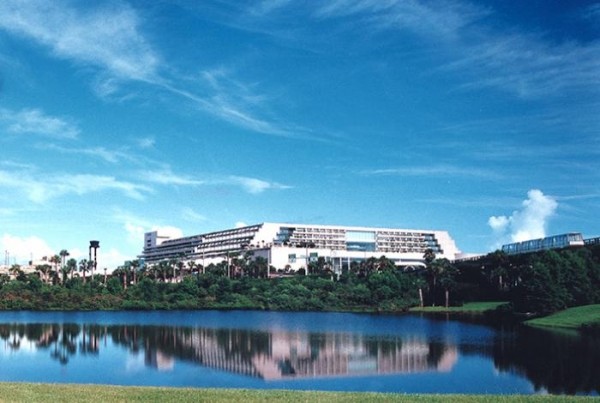 ORLANDO, FL. – The first phase of design for construction of the $1.8 billion South Terminal Complex was given the go-ahead by the Greater Orlando Aviation Authority (GOAA) Board. At its May meeting the Board approved a request by Executive Director Phil Brown to re-evaluate the timing for the facility after hearing that growth in Orlando International Airport’s domestic and international passenger traffic may negatively impact the level of service at the current North Terminal Complex. The Board authorized procurement of the appropriate design professionals to proceed with design of phase one of the South Terminal.

“This decision allows us to begin the complex process of developing a new terminal facility,” Brown said. “If we can’t accommodate the traffic, which in our rolling 12-month figures is almost up to pre-recession levels, while delivering our trademark level of high customer service, another airport will.”

“It makes sense to start the design process earlier so we can meet the anticipated growth in demand,” says Frank Kruppenbacher, Chairman of the Greater Orlando Aviation Authority. “At our current pace, we will not only break our international record for the year, but potentially our total yearly traffic record as well.”

“Keeping Orlando moving continues to be a priority for the City of Orlando and the Orlando International Airport is a critical component of those efforts,” said Orlando Mayor Buddy Dyer. “The new multimodal transportation hub will position Orlando to be one of the first cities in the nation with an on-airport facility and further grow our transportation options, enhancing connections for our residents, visitors and businesses throughout our entire region, state, nation and the world.”

“I am fully supportive of this expansion,” said Orange County Mayor Teresa Jacobs. “Proper planning for growth is critical for the continued economic health of our region.”

Projected passenger traffic increases due to community investments in tourism, medical research, business and education are driving the accelerated pace of planning. New international airlines and new routes from existing airlines have been added since the original triggers were approved in 2013. All these factors have contributed to consistent passenger growth, presenting capacity challenges for the current North Terminal Complex (NTC).

“Therefore, the underlying drivers for overall air travel growth are likely to remain strong for the foreseeable future,” says Sean Snaith, Director of the Institute for Economic Competitiveness at the University of Central Florida.

Professor Snaith revealed a conservative forecast of sustainable growth for the airport and region which projects robust economic activity through 2020 and beyond. This is growth that will further strain the current facilities and infrastructure at Orlando International Airport.

Critical operational stresses are projected to affect facilities capabilities within the next few years:

Plans for the new South Terminal will be integrated in phases. Phase One, as approved by the Board, will be a 16-gate facility with a 1.5 year Design and Construction Procurement Development schedule and a 2.5 year Pre-construction and Construction schedule. Total projected completion time is estimated at four years.

Combined with the $1.1 billion Capital Improvement Plan construction projects currently underway, development of the South Terminal will enable Orlando International Airport to maximize its ability to meet the travel demands of the present while laying the foundation for the future.

Since the unanimous vote by the Board, the call has been made to fill consulting and professional design and construction services positions. The Authority posted openings for Requests for Proposals (RFP’s) and Statements of Qualifications (SOQ’s) for highly-skilled services related to the project. This process will continue through the end of the year.

Orlando International Airport set a record in 2014 with 4,324,175 international passengers and now with an overall total of 36.4 million annual passengers on a rolling 12-month basis, MCO is the second busiest airport in Florida and 14th busiest in the U.S. The airport has 18,000 employees and generates $31 billion in direct and indirect revenue for the regional economy. Orlando International Airport strives to value and delight its customers through a design concept known as The Orlando Experience®.

We’ve provide numerous solutions to our clients’ transportation needs , including knowledgeable drivers who know The city inside and out. Book corporate service...

Our reliable drivers will be there in style for your special day to escort you, your family and friends to the port, Canaveral or anywhere else you need to go. Book a Port Canaveral car service...